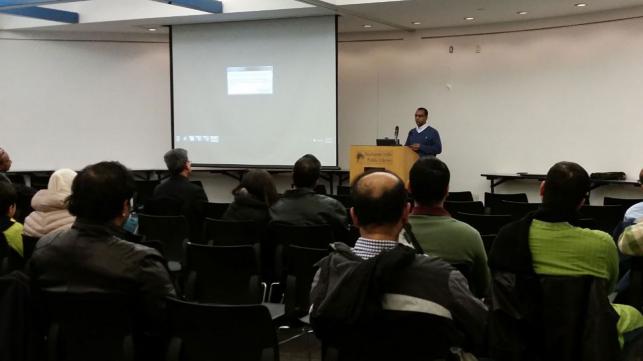 Country for life and livelihood needs We are far from abroad. And so, growing up in foreign countries is the story of our children to take away the victory of the history of Bangladesh and against the times of the unknown. An organization formed by the United States Mullu to raise the history of glorification to accommodate our children and to add a message to both boys and girls. A little different from the other traditional organizations of this organization. The non-profit organization, named Charan, has already been registered in Rochester town of the US state of Michigan. The main aim of the organization is to highlight the culture of Bangladesh and Bengalis in front of the expatriates living abroad, especially in the new generation.

Fayyul Momen Foyez, one of the organizers of the organization, told that special special exhibitions, documentaries, poems and recitation of poems will be organized on the special liberation war centered on the special days of Bangladesh’s independence.
The publication of the blockade on the occasion of Independence Day, in 1971, the blockade named Blockade, created on Baltimore’s public awareness of the public. When the US government was supporting Pakistan in 1971, civilians became vocal against the Pakistani genocide. On July 11, 1971, Washington DC gathered at the port of Baltimore near the protesters protesting against the Pakistani invaders. Conscious Americans staying at the port, took positions around the paddle car. The protesters surrounded the ship in small boats after life wasted. In the documentary, some of the rare videos of the time, memorabilia and memorabilia of participants in the protest have been signed by director Arif Yusuf and Tasbir Imam Signature. The construction of Richard Taylor’s writing book The documentary will be broadcast on April 23 in the Rochester Public Library Auditorium in Michigan.
Earlier, film and poetry organized in the public library auditorium of Rochester City, Colorado. It was one of the first experimental experiments. The program started with Shamim Shahid’s short film Angels of Hell with the war of 1971. This is the first short film to be given by profession engineer Shamim Shahid. Producer’s own words: The film is basically a story of humanity, love and goodwill. A shorter picture of about twenty-five minutes shines in the heart of all the visitors, especially the two warlike boys, who now grew up in their respective places, were extremely appealing to the moments of their interview. The film has already received several awards, as well as an invitation to showcase many popular festivals in the country and abroad – Canada, France, India, Italy, Armenia, England and the United States.
After the short film’s performance, Shamim Shahid expressed some of his personal experiences. Besides, he said some of his future plans, especially the children of Bangladesh. After the tea-breakfast break, the poem’s episode begins with the episode; Asaf Salahuddin, Shafiq Islam, Zakirul Haque Tuku, Ahmed Jami Khan and Ferdous Gazi took part in the introduction of Rahat Khan’s self-contained poem. After a long time, this melodrama of Bangla poetry was beautifully spotted by visitors and audience.
Bangladeshi renowned artist Tanvir Mokammel, who finished with a lonely masterpiece documentary, finished the ceremony. This film based on the biography of Tajuddin Ahmed, the first Prime Minister of Bangladesh, is the daughter of his daughter Simin Hossain Rimi, who is a member of the Parliament of the Parliament of Bangladesh, a respected parliament member. About a hundred minutes of this documentary has started in 1947, the liberation war of 1971 and the history of Bangladesh till then seventy five. Tajuddin Ahmed, a man of extraordinary personality, has many simple steps in his simple life, his honesty, integrity, and especially his strong leadership in 1971, all very well-liked in the film. Which makes the visitor deeply accommodate.
Late Shaheed Jani Jahanara Imam’s younger son Saif Imam Jami (Shahid Shafi Imam Rumi’s younger brother) attended the function. He expressed his happiness in a short speech and thanked the organizers.
A female audience coming to the ceremony said in his reaction, I often remembered my two brothers; At that time young people, Pakistani occupation forces and their enemies captured them one day, then they had to go through a lot of trouble later.
An elderly guest in emotion said that everything was actually seen through his own eyes, it seemed as if I went back to that time. During the ceremony, when the sound of the red-red song rises in the eastern horizon-the sun has risen – some middle-class viewers sing in the autobiography. About 50 to 60 people of two Bengalis enjoyed a lot of attention by pinping the attention of the program. They would like to see such shows in the future, express their hopes in the future, after the ceremony.
Ahmed Jami Khan, Imran Hossain, Zia Haq, Salahuddin Aziz, Abu Ashraf, Shahriar Ahmed, Rahat Khan, Shamim Shaheed and Fayyaz Momen Foyez were on the backing of the exceptional aesthetic program. Fayyaz Momen Foyez, with special thanks to the visiting guests, expressed his interest to highlight such a program in future, especially the struggling and incompetent culture of the Bengali mind-set.
The organizers were very optimistic because the first organized organizing event was successful. In the future, they also expect everyone’s participation and support.